Clear Skies Meadery is the result of a dream two friends. They decided to put all of their passions and energy into a business that provides a place for their local community to gather over food and drink.

After drinking some sweet meads at Renaissance festivals, Yancy figured he could do better and started brewing mead at home. He put his chemistry background to use and after several trials he perfected the art of making delicious meads. In the early 2000’s, Yancy’s wife Laura introduced him to a friend she knew from grad school, Manisha.

When Manisha and her husband David returned to Maryland after their military tours, they really enjoyed drinking Yancy’s meads and asked him to go commercial. Once the timing became right, Manisha decided to get the project going by starting a business venture with Yancy to make Mead. They drafted a rough plan on the kitchen table over some mead, and one year and a couple months later, in March 2020, what began as dream in a Gaithersburg basement is now a 12 tap meadery in the Kentlands.

We brew our meads in the basement of our Taproom in one barrel fermenters, we are a Nanobrewery!!!. We use traditional brewing techniques and use multiple varietals of honey, since each honey varietal imparts its own distinctive flavor to our meads.

At Clear Skies Meadery we use a two step fermentation process followed by aging.  Our primary fermentation begins with selecting the type and amount of honey we choose to blend with water to make a solution called “must”.  We then add yeast and feed them along the way until fermentation is complete. We add oak, spices and/or fruits in our “secondary” fermentation. We let these additions steep in the mead for days to months until we get the right flavor profile.

Once we achieve the flavor profile we then age our meads and, depending on the mead, they can be aged for three to twelve months before they are placed on tap.  The aging process is important to develop the rich flavor profile of our meads.  This aging process requires minimal filtration and keeps most of the aromatics (and their delicious flavors!) in our mead.  Other meads we put on tap earlier because we want you to experience the delicate flavors that diminish over time.

Photos
taken by our customers 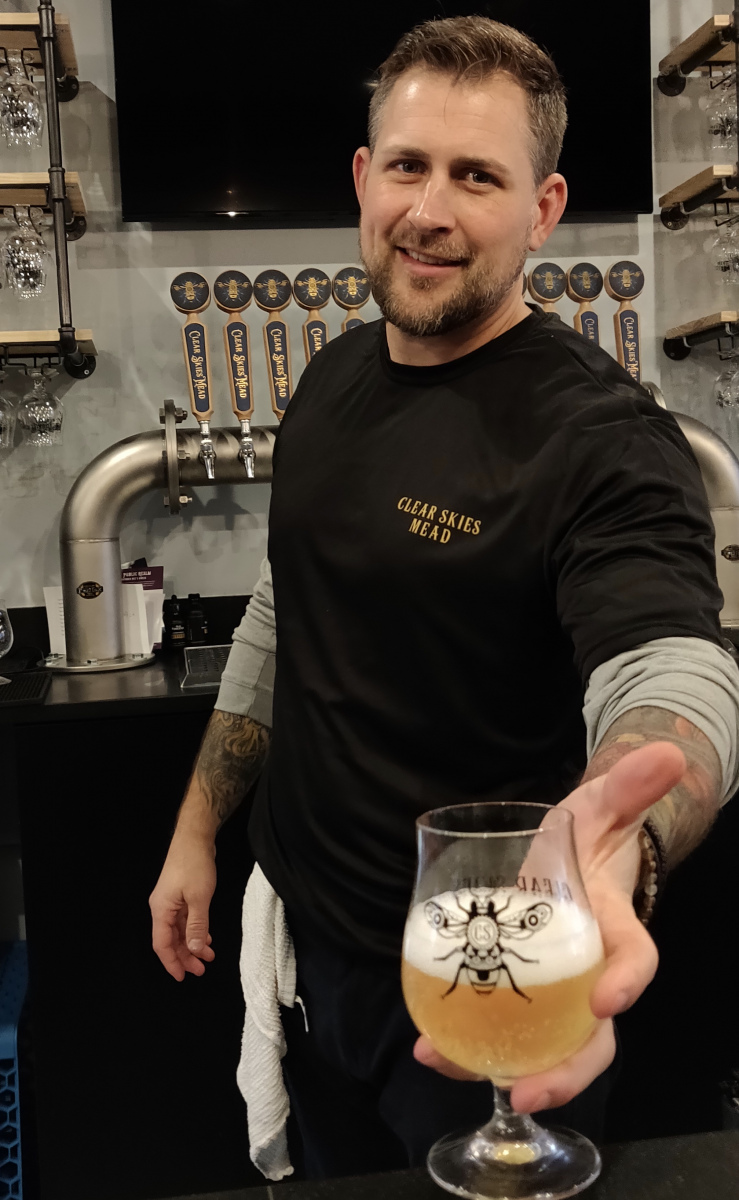 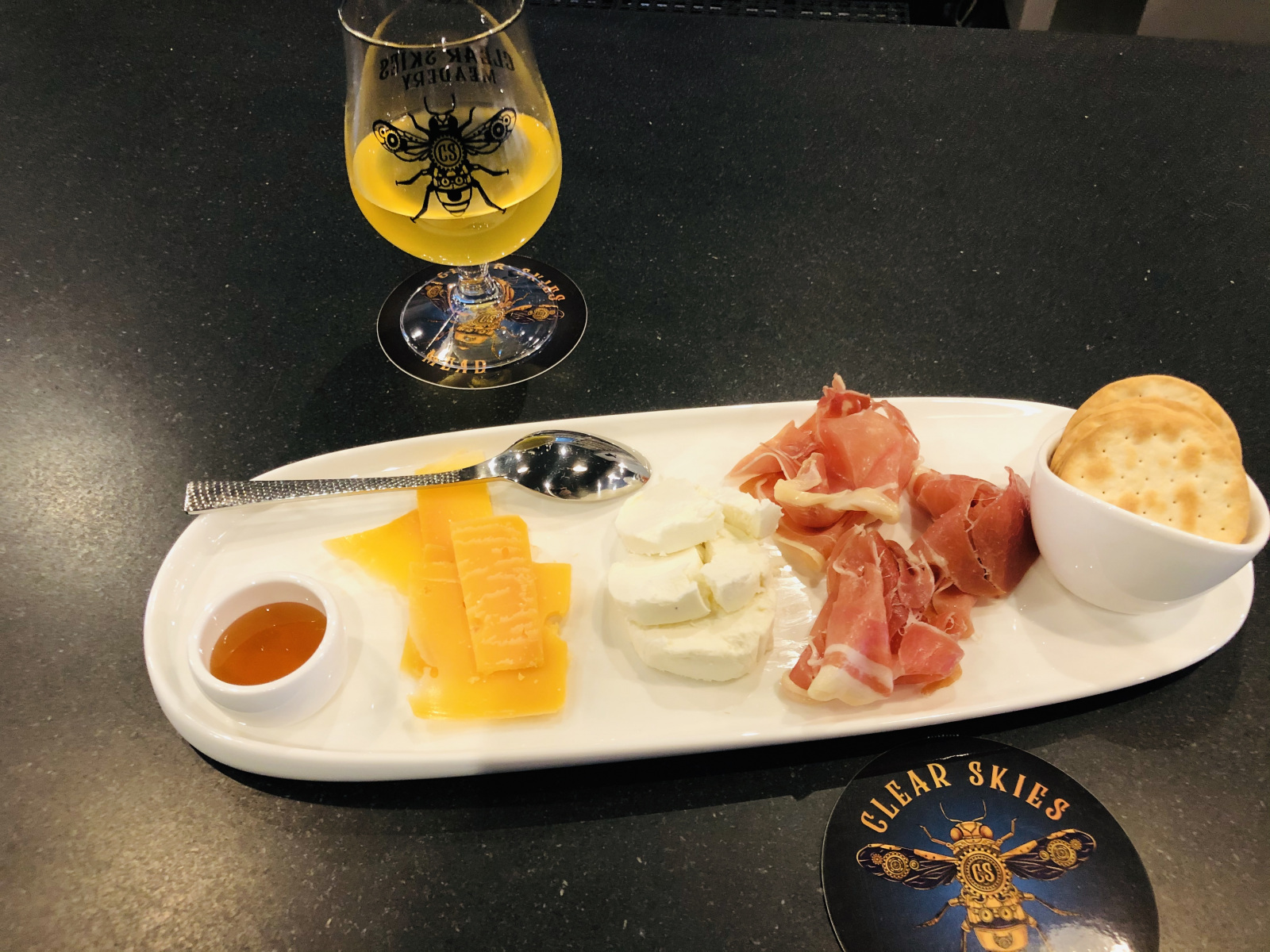 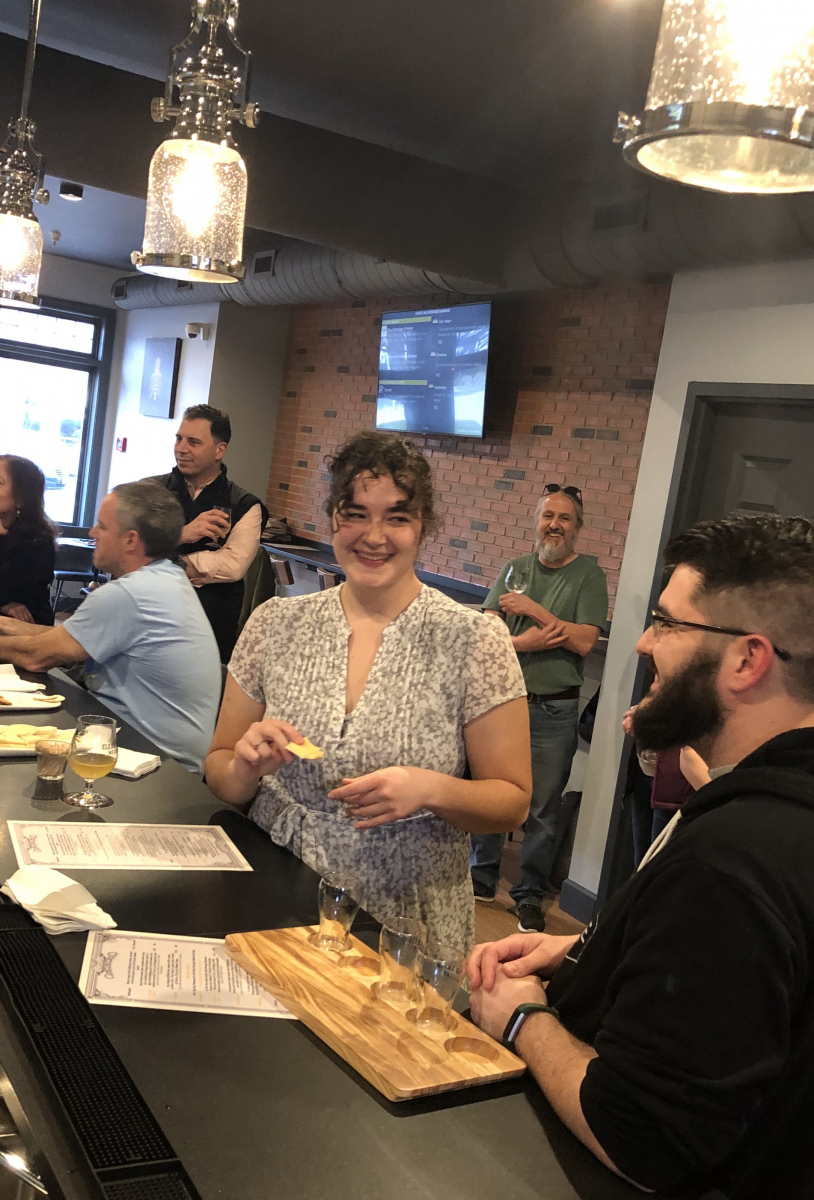 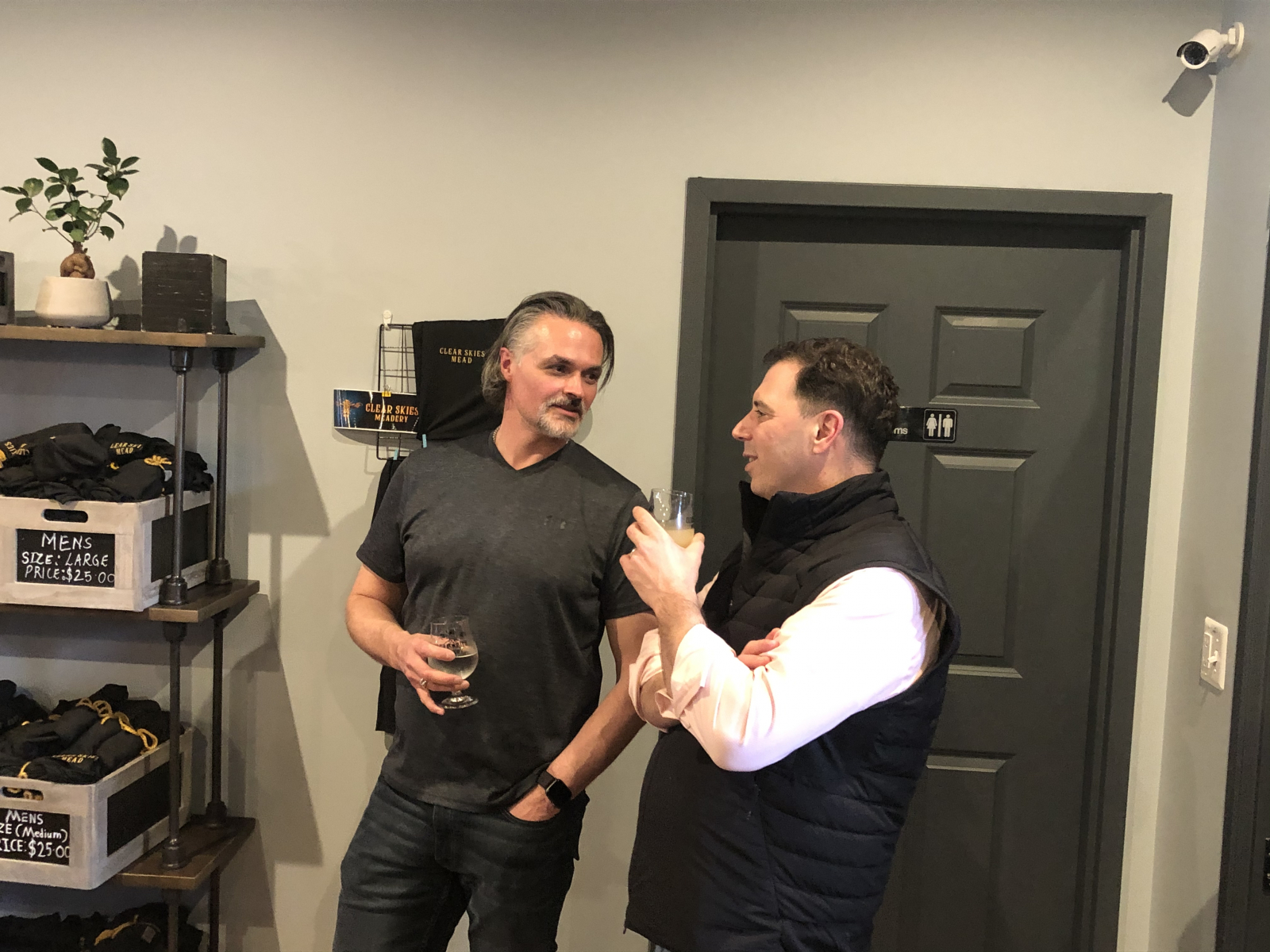 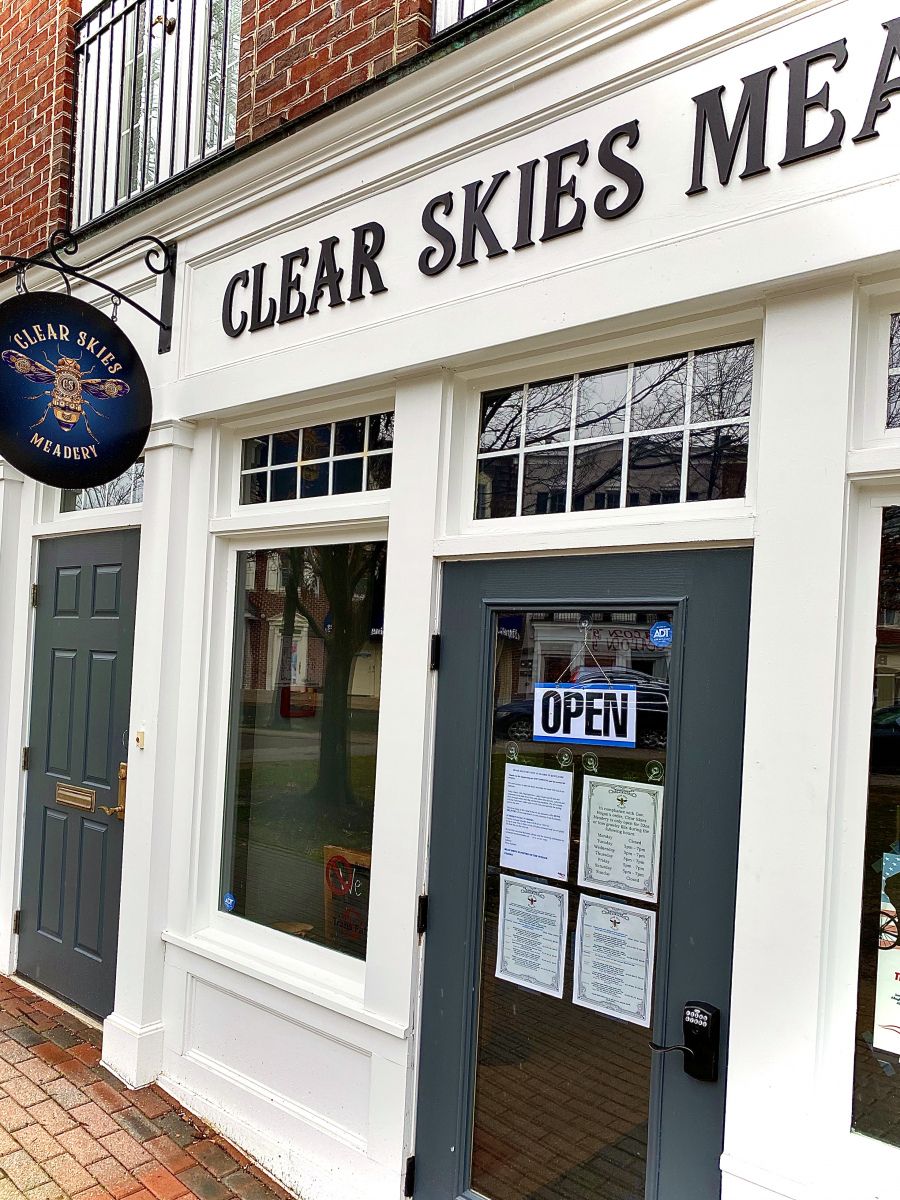 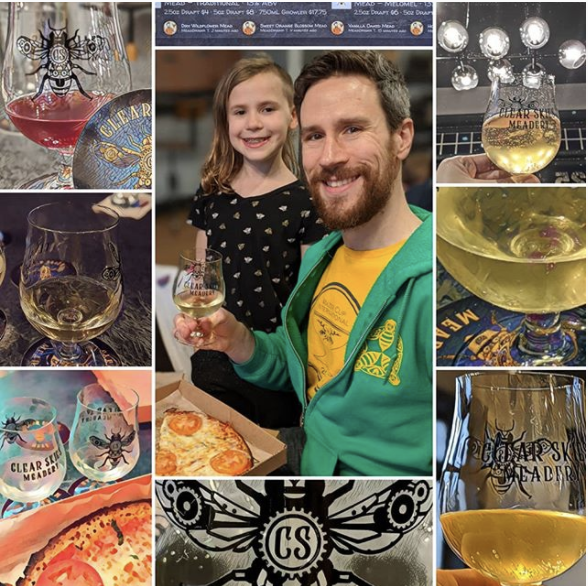